3 Rules to be a More Authentic Leader

3 Rules to be a More Authentic Leader 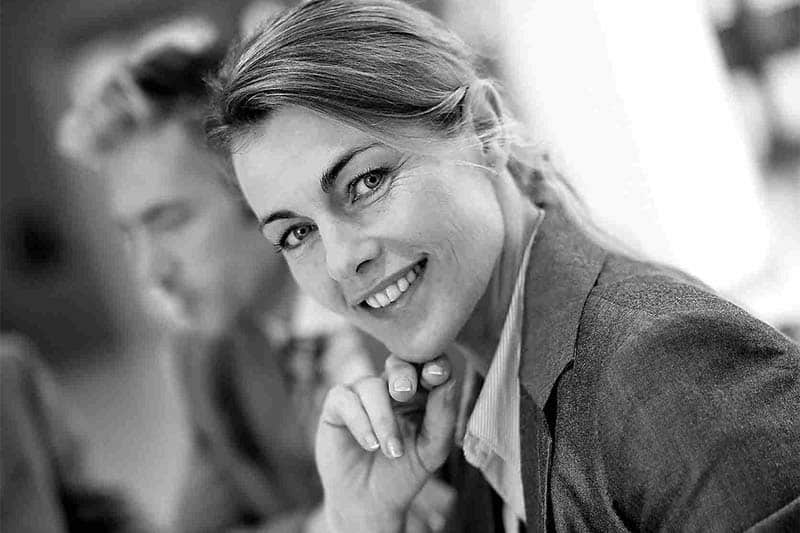 When I was 19 years old I was madly in love with Sandra (Sandy) from afar. I eventually got the courage to ask Sandy out on a date, and to my complete amazement, she agreed. This was a high stakes situation for me and I wanted to impress. So on our first date I decided to pick her up from her parents’ home in a Mercedes Benz. No, it wasn’t my car, but belonged to the parents of my closest buddy at the time. And yes his parents were away overseas so the coast was clear.

The first predicament I found myself in occurred early.  Picking Sandy up from her parent’s home, her father opened the door to greet me and saw a shining red Mercedes Benz in his driveway. “Is that your car?” he asked. Being a naïve 19 year old I hadn’t considered being asked this question. How do I respond? Do I lie and say yes? Or do I show my hand as a complete fraud and fess up to the fact I borrowed it from a mate to impress Sandy and her parents? What did I do?

We will come to that later.

I guess I am no different to most other people who from an early age try and project themselves as something more than who and what they really are. We put on a mask to pretend to be someone or something else, perhaps to cover up our insecurities and vulnerabilities. 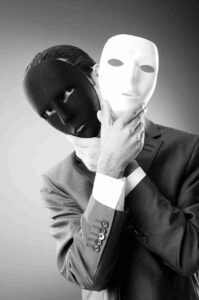 I am now older and wiser (arguably!) and I have come to learn that these masks we wear also appear in our corporate world. As a business leader, consultant and executive coach I interact with people at many levels. I frequently come across the various masks each person wears, trying to portray an image of something they may not really be. Masks that show ‘aggression’ or ‘funny’ or ‘indifference’ or ‘tough nut’ or ‘controlled’ among many others.

As an example, a manager I was working with (Jamie) didn’t outwardly show his passion and excitement to his team. When we took a deeper dive as to the cause of this reluctance, we discovered he had developed a strong belief from previous managers that one should never bring emotions into work. He believed that expressing feelings undermines authority and was irrational. I’m sure you have heard people use that phrase “leave your feelings at the door”. Accordingly he had unconsciously built a persona at work as analytical and controlled, dispassionate and sometimes aloof. He took off this mask in a non-business situation. Whether with his family or friends, he was much more relaxed and where he was able to express feelings and his passion for many things. He laughed more.

We came to the realisation that Jamie’s business persona – his mask – was actually holding back the engagement levels in his team.  It was also causing him anxiety as he often felt constrained by this mask he chose to wear. Jamie slowly changed and discovered that by showing his real self – his sincere excitement and other emotions – made a huge difference in the climate in his team. One of Jamie’s direct reports said to me “We look to Jaimie as a gauge of how the business is tracking. Previously we didn’t think he was all that interested, but recently we are starting to see that he is backing this new product line and we are with him all the way – and probably for the first time since I’ve been working for him. The team is much more galvanised now that Jamie comes across more enthusiastic about things and that is rubbing off on all of us.” Additionally Jaime felt liberated that he had discovered a way to be his authentic self.

The conversations around leadership today are often centred on authenticity and the impact of authentic leaders on followers. We need to be more authentic as leaders.

There are practical things we as leaders can do.  Here at Ariel we have identified the three rules of authenticity:

Authenticity Rule #1: ACCEPT YOURSELF AND BE OPEN TO GROWTH.

Acknowledge your shortcomings and while trying to work to improve them, also accept them and work with and around them. Don’t try and cover up mistakes, instead draw out key learnings from mistakes you may have made. Most importantly while always trying to grow, don’t try to be someone or something you are fundamentally not.

We find in our workshops how inspiring it is to hear individuals talk about difficult passages in their lives and what they had learned from them. They see such situations not as failures but as opportunities for learning. Shift your thinking about an experience from “It was terrible” to “What did I learn from this?” Don’t cover up mistakes from your past, put it on the table and draw out your learning. You may be surprised how that inspires others.

You want to find ways to make your values visible to others. For example, if you value forthrightness, then you may want to create a quarterly meeting where people can speak their minds candidly. If you value creativity, you could institute open brainstorming sessions at the start of every project.

The penalty for incongruence between espoused and lived values is being branded a hypocrite. Don’t let this happen. Ask others if they perceive you as someone who lives your values and if they are visible in your actions. You can also be courageous by asking people to call you out whenever your actions don’t reflect your values.

When a leader has an authentic connection with work, the work becomes more than a way to pay the mortgage or meet quarterly targets. They focus on something bigger than themselves and their own self-interests – they create significance in their work.

They say that people work for three things:

The bottom line is to be authentic because it is unlikely you are fooling anyone. Neuroscience research is now scientifically proving that human beings have an uncanny ability to identify incongruence no matter how well we try and cover it up with our masks. We need to be intentionally more authentic as leaders.

Finally back to Sandy’s dad when he asked me if the Mercedes Benz was mine. I was amazed by my own response, as a naive 19 year old I didn’t expect to say what I did. What is said was “Yes it is sir… just for tonight… and just for your daughter” – one of the coolest responses I think I have ever made! Sadly for me, I was not Sandy’s soul mate and the relationship didn’t last. Perhaps all she saw was the mask and not me.

To find out more about how Ariel can help your people.